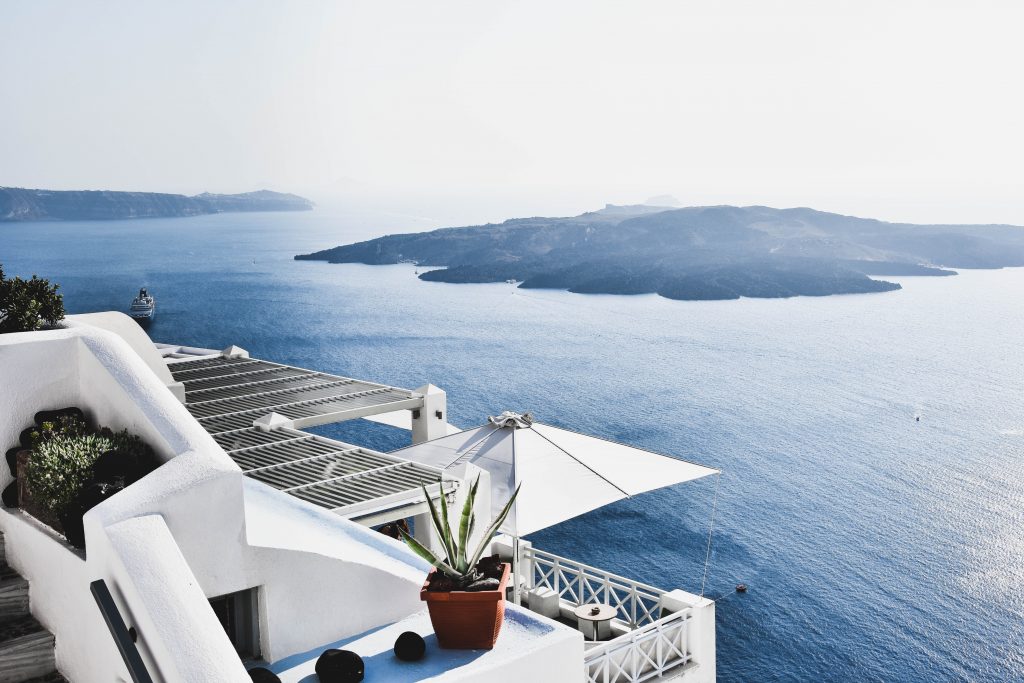 Often known as the cradle of Western civilization, Greece is a country in southeastern Europe with many islands adorning the surrounding area. Greece is famous for its beaches especially the blank sand beaches of Santorini, the party resorts of Mykonos and the historical and cultural significance of the area attracts thousands of tourists.

We have compiled a list of 10 attractions that just can’t be missed out on when in Greece. These places capture the true essence of the country and are sure to leave you awestruck! A rocky mound rising in the heart of modern Athens and dotted with 3 majestic temples that are a mark of the historical significance of the country of Greece. The Parthenon is the best known out of them. The so-called Archaeological Promenade is a 2 and a half kilometers walk which skirts the foot of the Acropolis and connects it to the other places of interest in the area namely Ancient Agora, the Roman Forum, Kerameikos, and the Temple of Olympian Zeus. The most beautiful and awestriking of all Greek islands is Santorini and is best known for its cliff-top towns Fira and Oia. Things to do here include sunbathing, swimming at the black volcanic sand beaches as well as getting lost in the archaeological site of Akrotiri. One can even take a ferry around the area and enjoy a relaxing view of the surroundings! Lying on the Aegean Sea, Rhodes is a beautiful island and one of the top tourist destinations! It has an impressive fortification system that encloses the area that includes monumental towers and gates guilt by Knights of St. John. The streets are car-free and to be explored on foot and there are many sights to enjoy in the area including the coastal towns of Lindos and Marmaris that can be visited on boats! Also known as Greece’s most beautiful city, the place surely takes a spot on the must-visit list! Built on a small peninsula, the town is filled with the neo-classical mansion and proud churches and is overlooked by the 18th century Palamidi Fortress! The nearby attractions like Tiryns, Epidaurus Theatre and Ancient Corinth are simply majestic and promise a good time and scenic pictures! A mountain and peninsula in North Greece, Mount Athos houses some 1,400 monks in 20 eastern orthodox monasteries dotting the area! The scenic view of the area adds to its charm and its cultural significance makes it part of our list! Located in the North-west of Kefalonia, the beach is world-famous and attracts tourists from all around the world due to the magical colors of its waters. The blue and turquoise colors of the waters contrast with the white of the smooth marble pebbles of the beach. The steep mountains and tall cliffs behind Myrtos only add to its aesthetics. The beach has been voted as the best beach in Greece 12 times in a row! Believe us or not, but it is logical inconsistency!! Opened in 2009, the Acropolis Museum is one of the most famous tourist destinations in Greece! Designed by Swiss architect Bernard Tschumi, it is an ultra-modern glass and steel structure with light and airy exhibition spaces built to display the ancient finds from the area! More things to see here include the 6th-century Moschophoros, the Caryatids, and the Parthenon marbles! The museum also has a roof-top café/restaurant that promises a beautiful view! Delphi is a famous UNESCO world heritage site and has a great historical significance with people in earlier times praying to God Apollo here and seeking the advice of the Oracle. It is made from the ruins of various temples, a theatre, stadium which date back to 8th century BC to 2nd century AD. There is also the Delphi Museum Archaeological Museum in the area that displays impressive finds from the site! Meteora in Central Greece is a collection of six monasteries sitting on top of rock pillars. The first monastery was founded in the 14th century. The site is one to be adorned and one just cannot miss out on it when in the area. Corfu is one of the country’s most visited island destinations. Its capital Corfu Town is a UNESCO World Heritage Site. One can roam the pedestrian-only streets to discover 16th-century fortresses and the arcaded Liston lined with beautiful cafes. One can even take a ferry ride around the coast and just get lost in the vibe of the place!

The country of Greece is absolutely majestic and one needs to visit it to understand its true beauty and appeal. Having your vacation planned according to the must-visit places in the country and the emergency contacts handy, it is assured that you will have a great time!