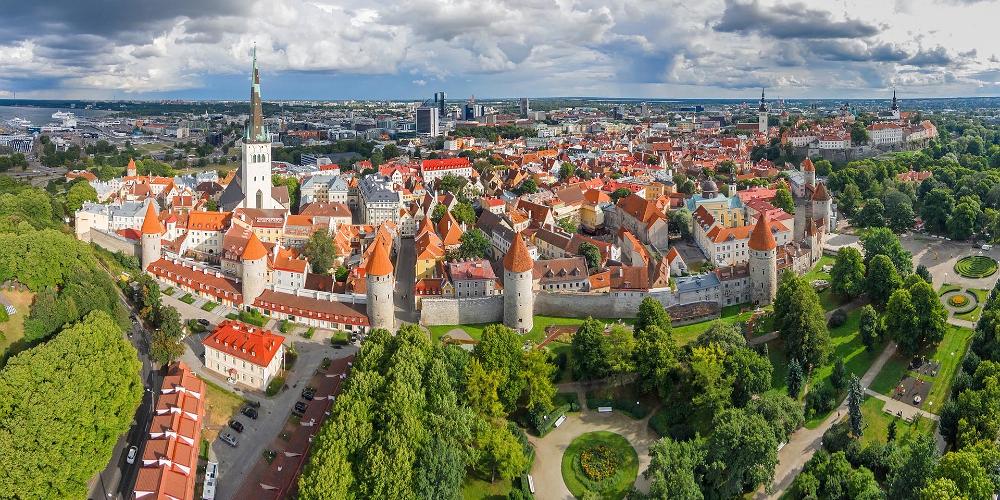 Estonia is a country in Northern Europe and is quite diverse especially in terms of its landscapes—which include not only rocky beaches, forests but also various lakes. Due to its history of being part of the Soviet Union, the country is dotted with castles, churches and hilltop forts. The country is also a beautiful combination of Old Towns and Museums and should be there on everyone’s bucket lists!

Now, when in Estonia, there are a number of break-taking locations to visit. Though it is difficult to narrow them down to just 10 locations, we have tried our best. These places represent the culture, history, and architecture of the country and are surely not to be missed.

The small city of Viljandi is rich with historical significance and is more than 2000 years old. The architecture at the site including the ruins of the Viljandi Order Castle is a major tourist attraction. Moreover, tourists, as well as locals, enjoy coming here to witness the annual folk music festival.

The Castle was built in the 13th Century and survived the heavy bombing during World War II. Inside the castle is the Narva Museum as well as handicraft workshops where one can watch and learn skills that were used in medieval times. One of the most prominent parks in Estonia is the Lahemaa National Park. The Viru Raba or Viru Bog is a must see at this park. Adding to this, in the middle of the park is the Sagadi village that adds to the charm of the place—here one can tour the Sagadi Manor and learn heaps about the culture and history of the area. The capital of Estonia, Tallinn is one of the most beautiful places in the country and is dotted with architectural structures. Toompea is a hill in Tallinn and it provides a scenic view of the Old City from the top. Toompea is the heart of the place and one just cannot miss out on it if they are in the area. The Museum is Estonia offers a first-hand experience of the functioning of the Police in the country. One can try out the police uniform, take fingerprints, solve cases, and much more! The exhibitions here are put up with the help of the police officers and border guard officials and are fun as well as informative at the same time. Similarly, at the Children’s Museum, the kids can go and learn safety rules, play detective games and have loads of fun. The largest Estonia island located on the Baltic Sea is the island of Saaremaa. A number of tourists are attracted to the capital city of Kuressaare where one can explore the medieval castle. One can indulge in a number of activities on this island such as hiking, bird-watching, sightseeing as well as photography. The Castle was constructed in the 16th century and has become a kind of medieval theme park. One can see people dressed up in various costumes, see, the alchemist’s workshop and tour the ancient wine cellar. Visiting the castle is surely an unforgettable experience and one must put it in their bucket list! This science center offers knowledge, excitement, fun, as well as useful skills. It is a great learning environment and is the kid’s favorite place to visit. The center also has a planetarium as well as a 4D cinema to put the cherry on the top. Built at the beginning of the 20th century, the Dutch-style windmills are a huge attraction in the country of Estonia. The windmills were last renovated in 2009 and 2011 and are open to the public to enjoy the view and watch the millers at work. The place where the Parnu river meets the Gulf of Riga, the coastal resort city of Parnu. It is also known as the summer capital. It is adorned with beaches where the tourists as well as the locals like spending their vacations. It also has an indoor water park known as the Vee Park for the enjoyment of the visitors. If visiting Estonia, one needs to remember the contact 112 which is the single emergency number in the country and can be reached in times of need.

Top 10 Places To Visit In Belgium