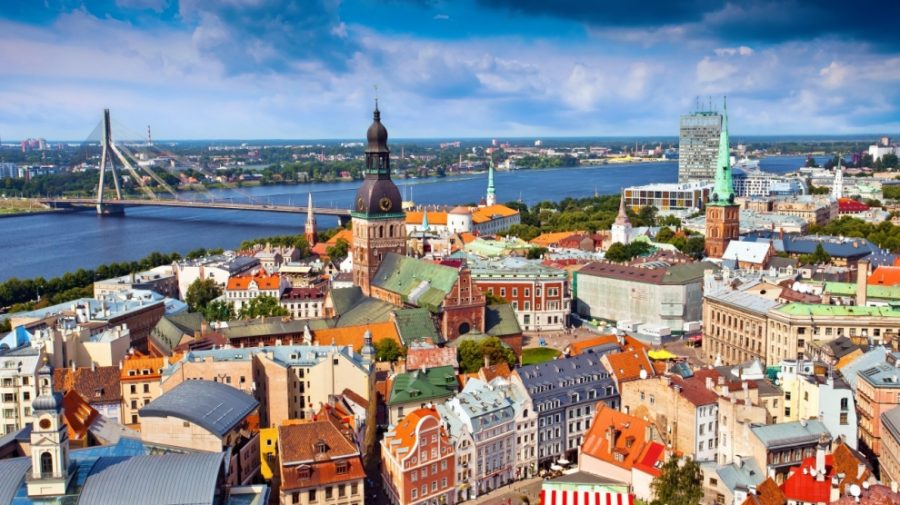 Latvia is a country on the Baltic Sea and is marked by large beaches as well as dense forests. The country’s capital, Riga, is a sight to behold and is home to wooden and nouveau architecture, a Central Market and a medieval Old Town with St. Peter’s Church.

Now, that one is in the country, we have made things easier for you by compiling a list of places that one just cannot miss out on in Latvia-

Being the capital, Riga is surely a place that cannot be left out. The Old Town there looks medieval, even though much of the architecture was rebuilt in the 1990s. The part of the city known as Centrs is home to about 800 Nouveau Art Buildings. One can also visit the Latvian Ethnographic Open Air Museum in the area to explore the Latvian culture and history. One can also catch a glimpse of the traditional homes there. Located at the Gulf of Riga, Jurmala is a beautiful, coastal resort destination. It is the largest resort on the Baltic, and the stretch of its coastline is one of the longest in Northern Europe. In addition to the beach, Jurmala is also known for its charming wood architecture. The place also has a historical significance as it is where Russians would stop to recuperate and therefore there are still riding therapy centers and traditional Russian sanatoriums in the area. Certainly one of the most beautiful palaces in the country, the Baroque Building was constructed during the 18th century for the Dukes of Courland. Sculptors came in from Germany and Italy to work on the palace and the upscale details are a highlight. You can even take a tour of the rooms and see the suite that once belonged to the duchess, admire Gilt Hall and take a stroll of the Great Gallery. One can also visit the Rundale Palace Museum while there. At the northeastern tip of Latvia is the Slitere National Park. The jewel in the park’s crown is Cape Kolka which is surrounded by waters. Cape Kolka offers a spectacular view and feels pristine due to its location as well as history. The Cape was used for military purposes when Latvia was under Soviet rule and people can now come here to feel the aura of the history as well as enjoy the white In the Gauja River Valley and less than an hour’s drive from Riga is the historic town of Sigulda. It has a beautiful scenery as well as some beautiful architecture worth exploring and is famously called the “Switzerland of Latvia”. Krimulda Monor built in the 19th century is surrounded by gorgeous grounds and gardens and is open to the public. Sigulda is also home to some ruined castles that one can explore and get loads of pictures clicked at! One of the busiest ports in Europe, Ventspils plays a big role in the city culture and one can just sit there to watch the ships come in and out. One can combine the trip with that of the Seaside Open Air Museum where one can see traditional fishing huts, curing cabins, and hundreds of other such artifacts. Nestled between the hills and lakes of the Dauga river valley, the town of Daugavpils is one singing the Russian tunes and boasts of significant historical past and redefined 19th-century architecture courtesy of St Petersburg. The looming bulwarks of the Fortress mark one of the military hubs of the Russian Empire. One of the oldest towns in the country and located in the Central Viedzeme Upland, is famous for its Old Town and the cobblestone streets. Cesis also boasts two castles side by side namely the Cesis Castle and the New Cesis Castle that are both extraordinary. The later is also home to the Cesis Museum of History and Art. One just cannot leave this town out of their travel to-do list in Latvia! One the eastern coast of the Baltic Sea is the city of Liepaja. One half of the city is a traditional center. The northern half is better known as Karosta and was once a secret Russian military town. Most tourists come for the white sand beaches as well as the architecture. Vicliepaja and Dienvidrietumi are the most popular beaches here and witness major annual beach festivals that attract a huge crowd! One place you can get back to Nature with cliffs, caves, and other rock formations—Gauja National Park is not a place to miss out on! The cave walls are covered in inscriptions and legend says that its waters have healing powers! The Gauja River runs through the park and is lined with break-taking cliffs. One can also indulge in hiking, mountain biking and canoeing in the area. Once you have your visa ready and have flowed to the beautiful city of Latvia, enjoy yourself and click loads of pictures in the many charming places of attraction there—after all, you only live once! Just be safe and keep the emergency contacts handy and get ready to have a good time in the country!

Top 10 Things To See When In Italy

Top 10 Places To Be At While In France